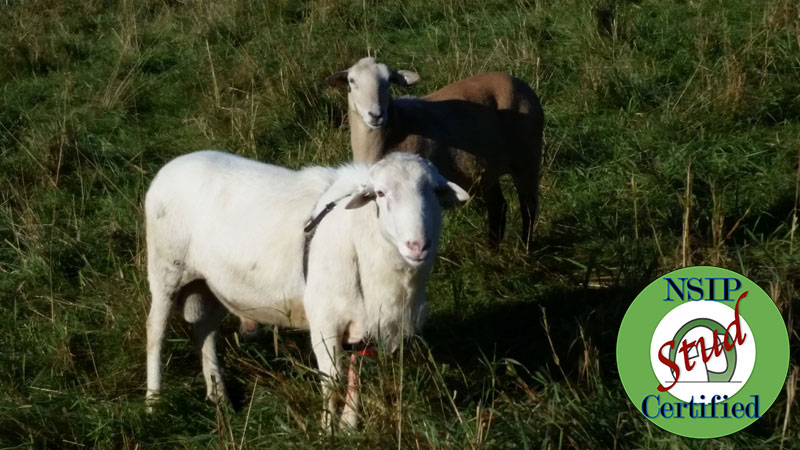 This ram really kicked off the sharing of genetics between our two farms.  It began with an email message from Tom’s friend Steve Bull of Manly, Iowa late one night in the fall of 2013.  “You want a ram? a freebie”, he wrote, “but, you have to go get him in Pennsylvania”.  Turns out, Charmingfare was looking for a ram that fall and John was traveling to Pennsylvania in a few weeks.  Arrangements were made and BUL 12705 came to Charmingfare Farm that fall and then to Waldoview Farm the following year.  This was a good overall ram, but he really excelled at one trait that we sorely needed at the time, milk production.  For a number of years, BUL 12705 wasn’t just an NSIP trait leader for MWWT, he was THE trait leader for MWWT, the top of all Katahdin rams in NSIP.  We didn’t get a chance to use him for as long as we would have liked, he did, however, leave us a few daughters with exceptionally high Maternal Milk EBVs.  Just what we needed.  Thanks Steve!