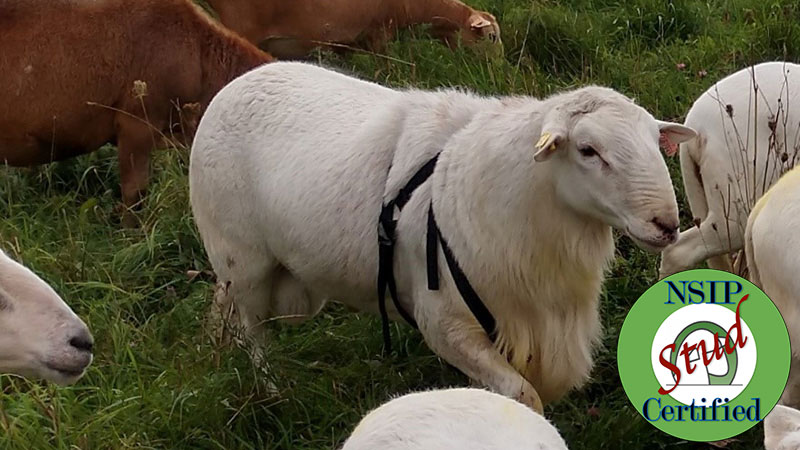 An outstanding ram from Hound River Farm in Hahira, Georgia, Curtis was acquired as a lamb in 2017.  We were initially impressed by his balanced suite of performance data (EBVs), but we’ve come to appreciate his physical presence, although not overly large, he is well built and powerful.  Most of all, his exceptional parasite resistance has greatly advanced our flocks.  We’ve found him especially useful for breeding to ewes that need a boost in parasite resistance, but have above average milk production.  The resulting ewe lambs have been well balanced across all traits and should go on to be productive brood ewes under any type of management.