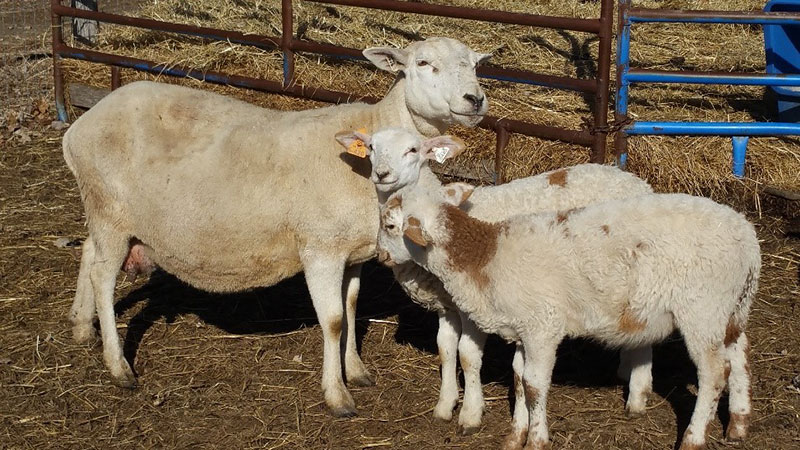 At just over 200 lbs, Kia was one of the largest ewes we’ve ever bred.  She really didn’t hit her productive stride until age 6 when she began a succession of triplet births.  Her triplets were especially large, about 11 lbs on average, and importantly, they were uniform in growth.  Her lambs grew exceptionally well.  Even her triplet ewe lambs would easily reach 100 lbs by 7 months.  Her milk production was excellent and likely contributed to the tremendous growth of her lambs to weaning.  Despite their large birth weights, her lambs were delivered easily and we believed her pelvis was especially large.  She once delivered a 15 lb single in just a few minutes with nothing more than a few pushes.  We retained 5 of her daughters which form an important foundation of the flock at Waldoview Farm.