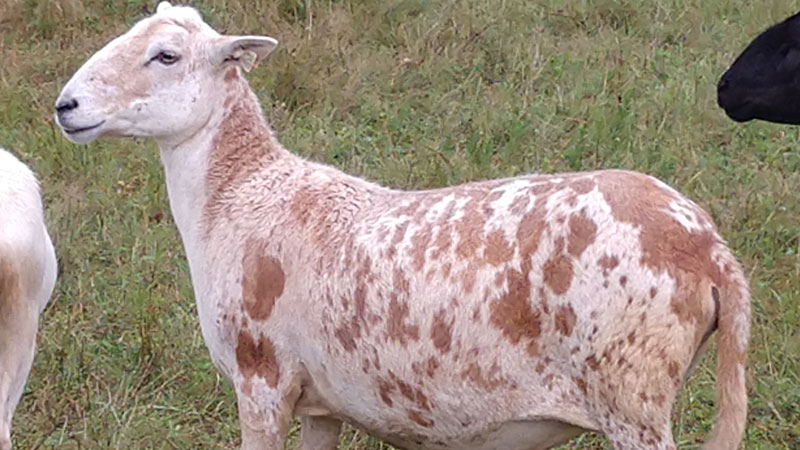 Several daughters of the ram BUL 9414, acquired in 2009, are heavy built, with great capacity, but none more than Swirl.  Performance on grass is what this ewe is all about.  Not a prolific ewe, rearing twins annually since 2014, she brings solid parasite resistance and growth to each mating.  One of her daughters in 2018, has an EBV for postweaning Fecal Egg Count (PFEC) of -99, placing it in the top 1% among Katahdins in NSIP for that trait.  If you’re looking for low input performance on grass, this ewe line has it.