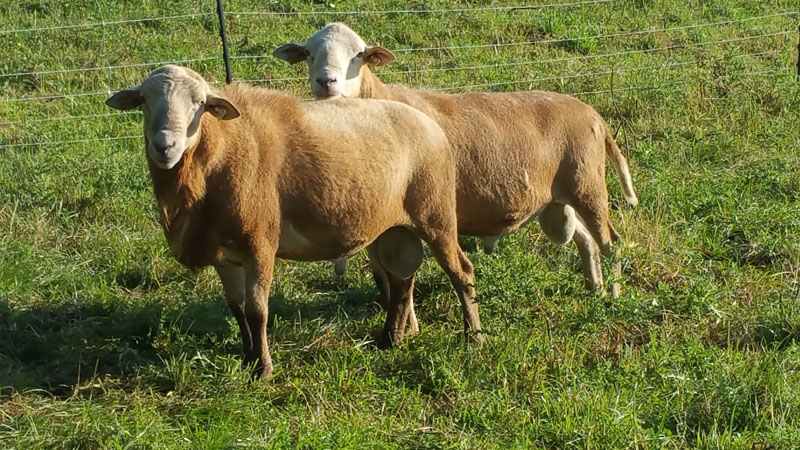 We had been hoping for a son of MOF1228 that was taller and longer, while inheriting his parasite resistance.  We got all of that and more in Moose.  One of the 2 best sons of MOF1228 retained by Waldoview Farm, he was an especially good-tempered ram and we used him for 3 breeding seasons and kept several daughters.  He brought a long, thick body as well as tremendous growth and parasite resistance to his lambs.  In 2018, he was sold to West Fork Farms in Alpine, Tennessee.